I am incredibly thankful for those of you who come here to read about our Maddie. But I’m doing a terrible job in keeping up with it……so I’ll try to give you a long update now, but then I likely won’t update again unless something changes significantly. It really isn’t that much fun to keep reporting how little things have changed. Maddie was 6 in November and things are about the same as they have been for 3 years. 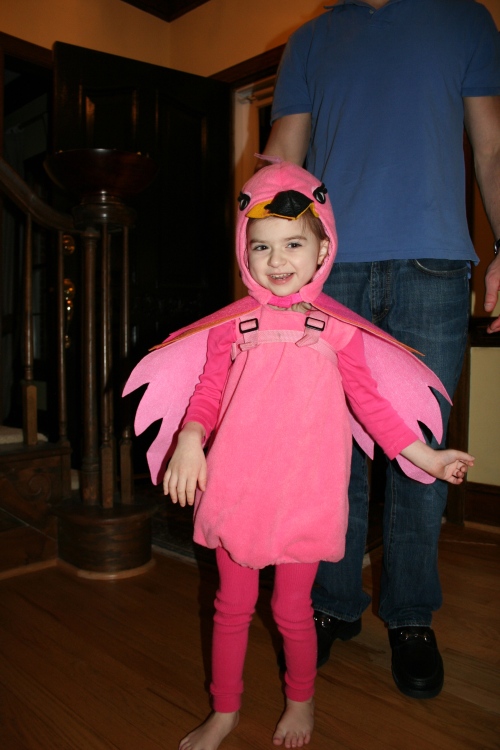 As I sit here at 2 pm on a Sunday watching my child sleep, it is clear to me that her sleep issues cause us as much difficulty trying to lead a “normal” life as her seizures do. It may be the seizures causing the sleep issues, or the seizure meds, but since moving to Raleigh last May, her sleep cycle has been continuously moving. I know it’s tricky to understand, but what happens is that she just stops wanting to sleep when she should and basically napping whenever she feels like it…..then eventually one nap will become longish and it will become her night. And for some reason that’s always in the morning……
You might ask, why don’t I just force her to be awake during the day? Unfortunately if I wake her, she has seizures, and it happens every time I wake her. And if she wants to be asleep, she’s going to keep falling asleep so I’m going to end up waking her repeatedly only to keep causing clusters of seizures that make it impossible to enjoy any part of her day. So I try to let her lead, but I work hard to “correct” her sleep pattern to a normal one once it becomes clear when her night is. The catch is that once I get it normal again, it usually only sticks for about a week. We finally see a sleep doctor this week and I suspect a sleep study is in our near future.
I worked super hard on her sleep and had it close to normal for Thanksgiving and Christmas. Which was wonderful since we had Brandon home with us this year. Brandon had a few days off for each which was the most we’ve seen him since the move to Raleigh. The recruiting hours are no joke, so between Maddie’s crazy sleep and his crazy work hours, there is not a lot of time together these days.

Seizures are about the same. We aren’t trying something new right now, we are instead reducing her current med levels. After failing the steroid treatment, we began a gluten and dairy free diet for Maddie and had an initial positive response to it. But it was quickly gone and her sleep got really wonky and she began to seem overly sleepy a lot of the time. It didn’t seem likely that eating this healthy diet would be bad for her, and so we tried to figure out what else it could be. The only thing we could come up with is that maybe after eating better for awhile, her GI system began to work better and was absorbing her meds better. Which might explain why she was suddenly seeming overmedicated. So since she has been on two of her meds, Banzel and Clobazam, for well over two years with no success for the last 1.5 years, we thought before starting something else new, we’d try reducing them a bit to see if in fact they are working. And in doing so, we can also see if we get some improvements in clarity without sacrificing seizure control. And so that is what we’ve been doing since September. So far we’ve reduced Banzel four times and though we always see an increase in seizures immediately, by 3 weeks after the change, she has been basically back to her baseline. So it is slow going, but she has more energy, clarity, and personality than she has had in a long time. So it is worth it.

We’ll try weaning the Clobazam a bit next but since it is a Benzodiazapine, we are more worried about how she’ll tolerate the wean. It will be even slower and we expect it might not be as easy. The goal here is not to take her off meds, but to reduce the levels and see if we have any subsequent seizure  increase as we honestly aren’t sure if they are working much at all. That way we can reduce med side effects (extremely slow development) before we introduce a new drug.
We have had a terrible experience with Wake County public schools so far. The class they have put her in is little more than a daycare. So for now, she gets what is called home hospital, where a teacher comes to our house and teaches her for 45 min 3 days a week. She also has ABA therapy in our home 4 days a week for 2 hours each day. We are working on adding in speech, PT, and OT, but based on her sleep craziness, we’ve had trouble scheduling her current therapies and we hate canceling every other week. I’ll continue to work with Wake County special education to see if they can place her in a classroom where I have more confidence there is actually teaching going on. But until then home hospital is a good stopgap measure.

So my goals for the year for Maddie include trying another med or two and if they fail, we’ll be seriously considering Corpus Callosotomy surgery. We’ll try to get a handle on the sleep issues and do our best to get in as much therapy/school as she can tolerate. With the help of our ABA therapists we may undertake a serious potty training regimen, but it’s still unclear if she has all the skills and understanding necessary to potty train her. Because of the seizures, we can’t let her sit alone in a bathroom without strapping her down. And we’d like to avoid making potty time feel like torture. But it would be a huge step for her (for ALL of us) and we think we need to give it a shot. This is as good a time as any since she isn’t in school right now, so she would be under my care in her home environment all the time.
And while all of this sounds terrible, or at least not very promising, the fact of the matter is that Maddie is the sweetest, most precious kiddo to be around. Her therapists and teacher just love her. I can’t imagine having a more amazing child. This certainly isn’t how I expected things to be at age 6 for her, but she is happy, she loves her family, she has incredible spunk and is just as stubborn as both her parents……so we just focus on the good stuff and trudge through the bad hoping we can make things better for her.

Thanks again for your love and support!
Love to everyone,
Liz, Brandon, and Maddie